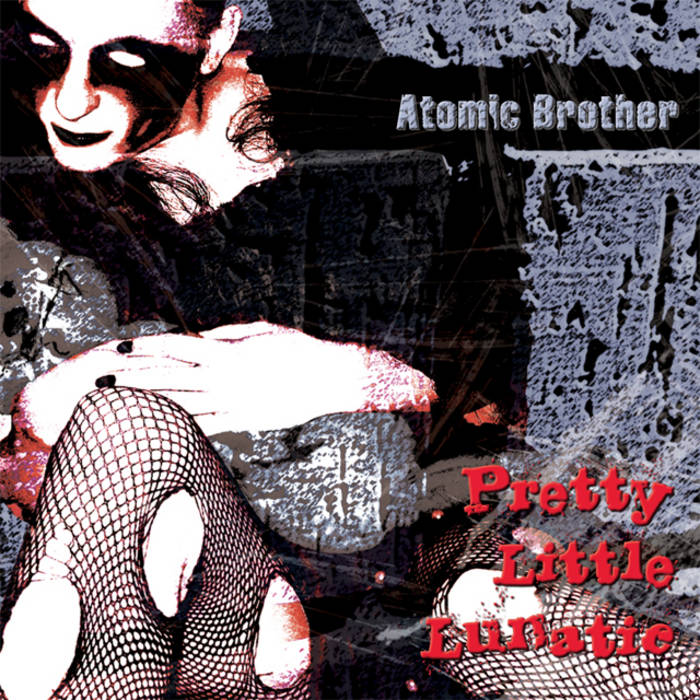 Pretty Little Lunatic opens with the punk-infused, rapid-fire
vocals of “Sin Is In,” moves into “As Far As I Can Go,” Atomic
Brother's modern, metal take on classic rockabilly then, in
classic Atomic Brother style, the recording takes a turn with
the quirky anthem “Bullet From My Brain,” which blends the
sounds of 70's era Who and Led Zeppelin with modern day
alternative metal. Atomic Brother closes out Pretty Little
Lunatic with “Better Day” and “The Blindness,” 2 songs
recorded live and raw – stripped down to just vocals, guitar
and bass.

Guitars, bass and vocals recorded and engineered by S.A. Sebastian Gnolfo and assisted by James Melillo in Atlantic Beach, NY, Austin, TX and Montclair, NJ. Drums on "Sin Is In" and "As Far As I Can Go" recorded by Pat Aeby in Lausanne, Switzerland and drums on "Bullet From My Brain" recorded by Kim Sung Hwan in Seoul, Korea.

"Sin Is In," "As Far As I Can Go" and "Bullet From My Brain" mixed by Craig Sadler @ 5th STreet Studios, Austin, TX.
Mastered by Roman Vail at Joe Lambert Mastering, Brooklyn, NY.

Visit Atomic Brother on the web at atomicbrother.com